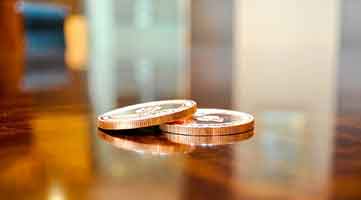 The Importance of the Right Spiritual Teacher

One of the most important decisions you will make as a seeker is choosing a teacher to guide you along the path. The teachers who have reached an advanced spiritual state can show you how to still the mind and directly experience the deeper reality.

Spiritual progress occurs when you escape the confines of the ego-controlled mind and connect with the deeper reality. Then the past conditioning that forms the ego, and creates the illusion of separateness, gradually dissolves.

Most teachers simply recite the spiritual concepts they have learned. Ideas can at best only point you to the deeper reality. And at worst they can keep you trapped within the thinking mind.

The Claim of Enlightenment

A spiritual teacher needs customers in order to earn a living. And many falsely claim to have attained liberation in order to attract seekers looking for spiritual guidance. In another article, I describe how teachers sell the story of their awakening.

There are a lot of spiritual teachers claiming to be enlightened. The sad truth is that almost every one of them is lying. These charlatans are not liberated and have not even reached an advanced spiritual state. Meher Baba explains that there are only fifty-six liberated souls alive on the planet at any one time, and most of them are unknown to the public.

Early in my spiritual journey, I could not perceive the difference between a charlatan and a liberated soul. And like many seekers, I sought guidance from the wrong person. I don’t want that to happen to you.

The Motivations of a Spiritual Charlatan

According to the enlightened masters Meher Baba and Papaji, a spiritual charlatan creates an enormous amount of negative karma for himself. So why would someone claim to be enlightened when he is not?

Some fakers do not grasp the negative karma they accumulate by lying about their spiritual state. Others are aware of the consequences yet find a way to rationalize their behavior.

The motivations of a spiritual charlatan are no different from anyone else who is completely identified with the ego. Throughout history men have pursued money, power, and sex. The spiritual charlatan can make money selling books and retreats. He has the ability to control those who accept him as their teacher. He may put himself on a pedestal to be worshiped. Or he may manipulate female devotees into having sex with him.

Getting Away With It

Fakers get away with their claims of being “awakened” because most people are unable to tell that they are lying. Lakshmana Swamy explains that only a spiritually advanced seeker who is able to enter a state of “no mind” can accurately perceive the spiritual state of others.

People tend to project their view of the world onto others. If you are a good-hearted person you may naively assume that other people are like you. And fakers are more than willing to take advantage of your gullibility.

Fakers prepare for their role as a spiritual teacher. They read all the well-known spiritual texts such as the Upanishads, the Vedas, the Holy Bible, the Tao Te Ching, the Yoga Sutras, the Bhagavad Gita, the Ramanyana, and the Buddhist Sutras.

There is an unspoken code of behavior among those selling themselves as spiritual teachers. They play the role of the humble, patient, tolerant person who had an “awakening experience.” And now they want to share what they have learned.

The fakers tell people what they want to hear. They often insinuate that a person can attain liberation by following their teachings. The truth is less appealing. According to Meher Baba, Ramana Maharshi, and Paramahansa Yogananda it usually takes many lifetimes on the spiritual path before a seeker attains liberation.

The Different Kinds of Fakers

There is a variety of people who falsely claim to be enlightened. From the spiritually advanced to those who have not progressed far along the spiritual path. There are well intentioned fakers who want to help others progress spiritually. And there are sociopaths who want only to manipulate others for their own selfish reasons.

Once I learned how to tell whether someone has attained liberation I began searching for spiritual teachers online. And I was shocked at how many of them lie about being enlightened. Let us examine the different types of charlatans, so you can avoid them when looking for a spiritual teacher.

Fakers at a Low Spiritual State

Compared to an enlightened teacher, a yogi at a low spiritual state is unable to help others progress spiritually. But such a yogi can learn how to perceive the energetic planes and manipulate different forms of energy. These skills are often referred to as occult abilities or siddhis.

A yogi at a lower spiritual state can learn how to consciously project energy outward from their own energetic body. He then uses this ability to sell himself as enlightened. A seeker may be in the presence of the faker and feel the energy he is projecting. And not knowing any better the seeker may associate the energy he feels with an awakened presence.

The occult skills that some yogis learn are not an indication of a high spiritual state. Do not confuse a magician with an enlightened master.

Fakers at a High Spiritual State

A very small number of spiritual teachers have reached a high spiritual state. And they have an earnest desire to help other people progress along the path.

Yet they often feel compelled to falsely claim they have attained liberation. There are a lot of spiritual teachers marketing themselves online as enlightened. If an advanced seeker does not make a similar claim he may find it difficult to compete for customers.

If a person knows he has attained a higher spiritual state, it becomes easy to rationalize lying about being enlightened. He may think, “I can help people to progress spiritually. And saying I’m enlightened is the only way to attract students so I can help them.”

Fakers that are Sociopaths

The worst type of spiritual charlatan is the sociopath. These dark people can greatly deter your spiritual progress and should be avoided at all costs.

Most people are unaware that sociopaths are common in our society. I suggest you read the book The Sociopath Next Door to get a better understanding of how sociopaths think and behave. The author is a psychologist with decades of experience in treating patients. And he found that one out of every twenty-five patients was a sociopath.

A sociopath has no conscious and no ability to empathize with others. In order to get by in the world he learns how to mimic the emotions of normal people. A sociopath will pursue his own selfish desires without concern for others. Many actually enjoy inflicting suffering on other people. So they try to get in positions of power over large or even small groups of unsuspecting victims.

In my research I found that sociopaths often claim that they can teach others how to awaken the kundalini. It is an energetic force that rises up the spinal column as a seeker progresses spiritually. Under the guidance of an enlightened teacher, kundalini meditations may be appropriate. But it can be a dangerous practice. And you should be particularly cautious of any “spiritual teacher” who talks about kundalini awakenings or the blue pearl.

A person in this state is like a fake coin. It may look like the real thing. It can be passed around and used by ignorant people who use it to buy things with. People who have it in their pocket can boast of having a genuine coin, but it is not real. It has no value. When it is finally discovered to be a fake, the person who is circulating it, claiming that it is real, is subject to the penalties of the law. In the spiritual world, the law of karma catches up and deals with all people who are trafficking in fake experiences.

I have never passed on the truth to those whom I could see were fake coins. These people may look like gold and they may glitter for a while like gold, but they have no real value.