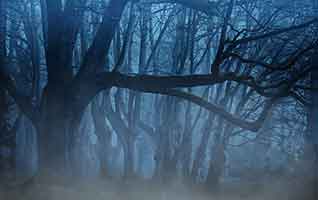 I am making good spiritual progress in this lifetime. I receive help from my guardian angels, Meher Baba, Mother Meera, Jesus, and other enlightened masters. But things have not always been this good.

While living in Los Angeles, I became interested in spirituality and unknowingly chose the worst kind of spiritual teacher. Although I didn’t know it at the time, he is a charlatan and a sociopath.

What follows is a brief summary of my misadventures with the worst type of spiritual teacher. This information is for your benefit. So you don’t make the mistake of choosing the wrong spiritual teacher who will delay your spiritual progress.

In another article, I describe the different kinds of charlatans who play the role of a spiritual teacher. And I provide a brief description of sociopaths.

The Occult Skills of a Spiritual Charlatan

Meher Baba describes the spiritual journey in seven stages. Those in the lower spiritual states have access to the energetic planes of reality.

The sociopath had some spiritual progress before turning dark. Though he is still in a lower spiritual state, he learned occult skills that allow him to manipulate energy on the energetic plane of reality.

He uses his occult knowledge to occasionally give his students/victims meaningless “spiritual experiences.” He also uses these occult skills to project energy outward from his energetic body. People who meditate with him can feel the energy he is projecting.

Unfortunately, many spiritual charlatans use similar techniques to mislead the seekers who come to them for spiritual guidance.  In another article, I describe how only an advanced yogi can tell whether a spiritual teacher is actually enlightened.

Like the other students, I could perceive a strong “energy” when meditating with the sociopath. And I assumed that energy meant he was enlightened.

I spent years meditating with the group, unaware of what was truly going on. I would occasionally hear strange things that didn’t make any sense. In retrospect they were warning signs that I chose to ignore.

When I first started meditating with the group, I learned that many of the people who used to attend left at the same time. One of the students found out that the sociopath was preventing him from going into samadhi. To my detriment, I disregarded what had happened and continued attending the meditations.

The faker would occasionally refer to “allies” that he said helped him. I didn’t know what these allies were, and I mistakenly assumed they were benevolent beings.

The sociopath often spoke of the “lineage” of which he is a member. He once said that, “being part of the lineage was like being in the mafia. If someone messes with a member of the lineage they mess with all of us.” Yet he never told us who was in this so-called lineage.

I didn’t begin to wake up from the mind control until I discovered that the sociopath was sleeping with female members of the meditation group. I had a close female friend who described the sociopath’s sexual advances.

Around the same time, I received my first darshans with Mother Meera. Through her grace I left Los Angeles and moved to San Diego. A few months later I left the meditation group and found my true spiritual path.

In San Diego, I was helped by a spiritually advanced yogi. I learned more about the sociopath and his motivations. And the damage done to my energetic body was repaired.

Telling Yourself a Story about Your Spiritual Teacher

Each of us is always one with the infinite. Yet most people are unaware of this truth. The ego, formed by past conditioning, is the obstacle between you and liberation. It creates the false impression that you exist as an individual apart from everything else in creation. The spiritual journey is the process of gradually weakening and eventually destroying the ego, thereby freeing you from the illusion of separateness.

The ego creates your sense of individuality through the ideas you have about yourself. And your ideas about spirituality are often the most precious to the ego. They often become the foundation of your self-identity. For instance, a person who thinks of themselves as a Christian, or a Buddhist, or a Muslim has created a self-identity around their religious beliefs.

A person creates a self-identity around being a student of a particular spiritual teacher. You create a mental image of yourself and the person you have trusted for guidance on the spiritual path. The ego wants to have a spiritual teacher who is awakened so it can somehow feel better by associating with him. And like any devout religious person you are unable to accept any information that contradicts your self-identity. The ego views such information as a threat to its very survival.

When the Dalai Lama or Mother Meera comes to southern California, I occasionally encounter some of the people who still meditate with the sociopath. Their energetic bodies are dense and encased in some kind of barrier. It is a terrible thing to be controlled in such a way, and I wish that I could help them. Yet if I told them the truth about the sociopath they would not believe me.

There is More to the Story

This article is only a brief overview of my experiences with the sociopath. From the time that I left Los Angeles, I have kept a spiritual journal that will be the basis of my second book. It chronicles how I learned about the sociopath, broke free from his dark influence, and found my true spiritual path. In it you will learn the entire story, such as what kind of beings are “allies” and who is in the so-called “lineage.”

In spite of everything I am doing well. I am surrounded by God’s mercy and grace. Yet you should let my story be a cautionary tale. And be careful in whom you choose to guide you along the spiritual path.